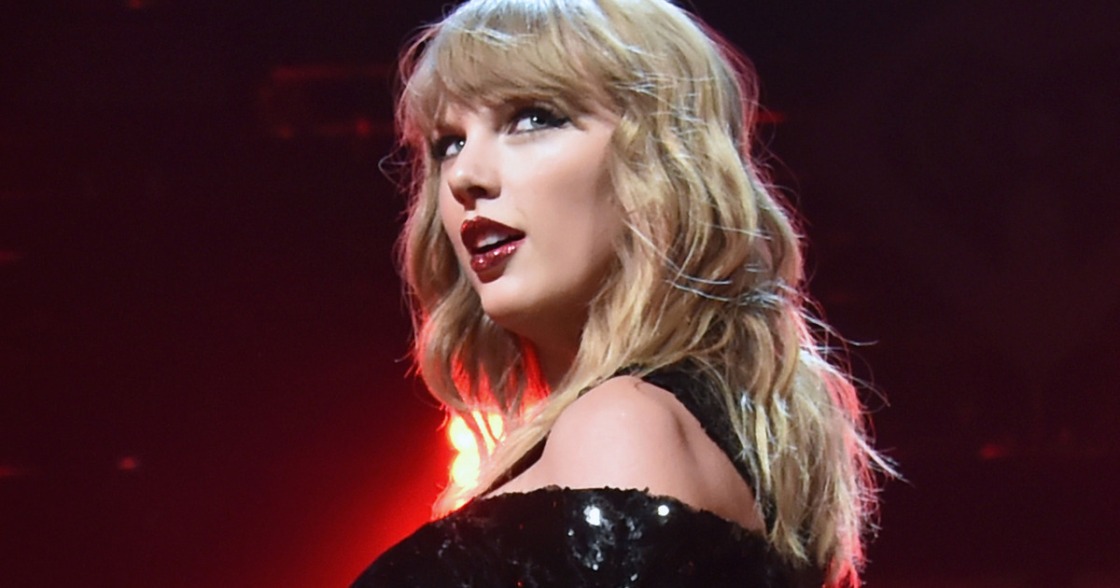 Taylor Swift’s Music Video Love Interests: Where Are They Now?

If you’re anything like me, you’ve spent a lot of time watching Taylor Swift music videos. My poor roommates have spent more than their fair share of time watching Taylor’s Vevo page on autoplay with me in the living room. In fact, that’s where the inspiration for this article came from. The other night, I sat on the couch watching her music videos, as one of my roommates commented, I wonder where all these random guys are now…

So I figured I would find out, for the sake of Zany Lady readers and every curious Swiftie out there. Obviously there are too many music videos to write about, so I picked 7, covering (mostly) every Taylor era. 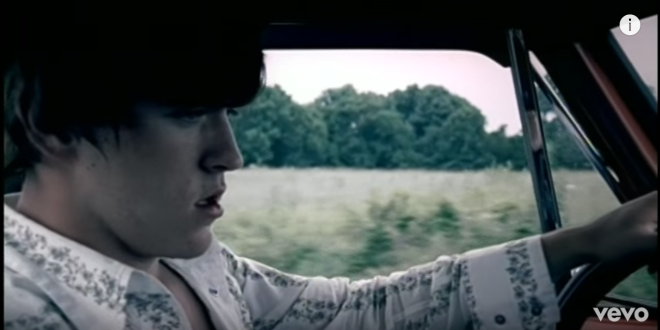 Oh, the southern boy wearing a floral blouse driving a truck. What a gem. Clayton Collins, aka love interest in this 2006 Taylor Swift music video, aka king of the mouth breathers, is actually pretty hard to track down. For starters, he does not come up on Google. No Wiki page, no Instagram. But don’t worry, I searched and dug around and finally came across his Facebook page. From the looks of it, Collin is a regular dude. No acting or singing career, but he does have a beautiful wedding picture displayed on his selected images, as well as a cute dog. I’m not quite sure how he was selected for this role, but his portrayal of a normal, high school boy who breaths out of his mouth is very compelling.

Teardrops On My Guitar 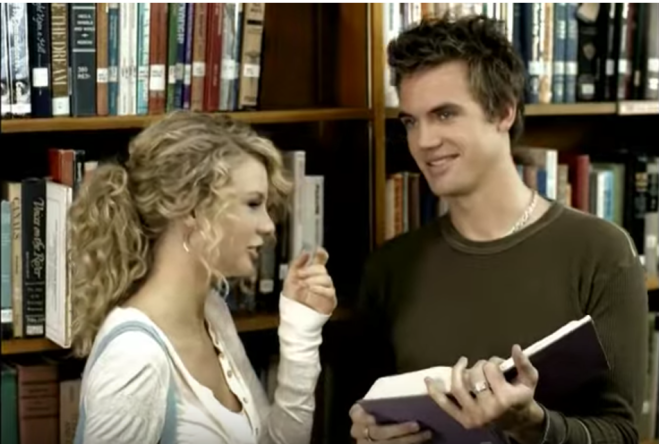 Does this handsome grin look familiar to you? If you’ve ever watched One Tree Hill, then your answer should be yes. 34-year-old singer-songwriter Tyler Hilton starred in Taylor Swift’s 2006 music video, Teardrops On My Guitar, around the same time he played Chris Keller in One Tree Hill. (and honestly, if you have not watched that show, you are making a mistake.)

Hilton toured with fellow One Tree Hill star, Bethany Joy Lenz, while OTH was airing. He currently has two albums on Spotify, and has toured with musicians including Taylor Swift, Gavin Degraw, and Hillary Duff. He is currently touring with Kate Voegele (also a former OTH actress), Curtis Peoples, and Savannah Philyaw.

This adorable Romeo who starred in Taylor’s 2008 music video of Love Story is named Justin Gaston, and holds a close resemblance to 2008 Joe Jonas, in my opinion. Justin is a singer-songwriter, actor, and model from Louisiana. He started his career off by modeling underwear for Chrisitian Audigier, Adidas, International Jock, and Hugo Boss. He then moved onto singing, but was only a temporary opening act for American Idol winner Chris Allen. He finished off his triple-threat career by temporarily acting on soap opera, Days Of Our Lives, in which 13 weeks later, was replaced by Robert Scott Wilson. Come on, Justin, even Joey Tribbiani was on the show for longer.

Despite his underwhelming acting/singing/modeling career, Justin now is happily married to Melissa Ordway, and is the father of two beautiful daughters, Olivia and Sophia.

You Belong With Me

Honestly, this song was my middle school and high school anthem. Man do I wish the cutest boy in school would have come up to me at prom and told me he loved me, too. Speaking of the cutest boy, Lucas Till plays the heart throb who lives next door to Taylor in this music video. You should recognize him from the very heart-felt and compelling film he starred in opposite of Miley Cyrus, The Hannah Montana Movie. That’s actually where he met Taylor, on the set of The Hannah Montana Movie. Taylor asked if he would star in her music video because he “embodied a dreamy guy”. True that girl, true that.

Now, Lucas is starring in a CBS show called MacGyver. I’d quote their description, but it was so horribly written that I’d rather not. Basically it’s about government stuff and CIA agents and world-wide missions.

The mysterious blonde with the semi-gross facial hair in Taylor’s Mine music video is Toby Hemingway, a 34-year-old British actor, best known for his role as Reid Garwin in 2006’s The Covenant. Other movies he has appeared in include Black Swan, Into the Darkness, Street and Playback.

Not too sure what he is doing these days, considering I can’t find him on Instagram, but I wish him all the best.

I Knew You Were Trouble 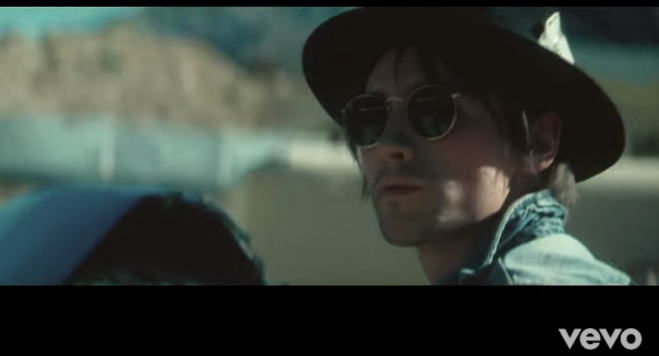 This hunky brunette who starred in Taylor’s I Knew You Were Trouble music video is named Reeve Carney.  The bad-boy festival-goer from the music video is actually a successful musician, having studied studio jazz guitar at the University of Southern California Thornton School of Music, and going on to star as Peter Parker in the broadway musical Spiderman: Turn Off the Dark. (Although, the musical was deemed unsuccessful due to lots of injuries on set, leading to lawsuits, which ultimately played a role in production losing a ton of money, and having to close the show. But we’re still impressed, Reeve.)

What is good ‘ol Reeve doing now? Well, by the looks of his Instagram, he’s working on a new Showtime show named Penny Dreadful. According to Showtime’s description, “Penny Dreadful is a psychological thriller filled with dark mystery and suspense, where personal demons from the past can be stronger than vampires, evil spirits and immortal beasts.”

This guy. What a hottie, am I right? His name is Sean O’Pry, a 28 year-old model from Keenesaw, Georgia. Unlike some of our past Taylor Swift suitors, Sean is actually a distinguished model, having been in numerous advertising campaigns including Calvin Klein, Versace, Dolce&Gabanna, and Ralph Lauren. He’s walked in runway shows for Versace, Yves Saint Laurent, and Givenchy. He has been ranked fifth on the Top 10 Male Models of All Time, ranked by Vogue.

Ironically, he joked in a Forbes article in 2016 that his life ambition is for people to “stop asking me fucking Taylor Swift questions. I just want to be well-respected as an actor, not to just be ‘that guy’.”

Sorry, you beautiful Georgia boy, but if you make a presence with my girl Tay, you will be ‘that guy’.

As of 2018, it looks like he has been doing many international magazine shoots, with Vogue Korea and GQ Russia. You know, when he’s not posting adorable pictures with his dog. *see below* *screenshot* *save for a rainy day*

Well, there you have it. From mouth-breathing country boy to one of the most popular male models. She’s had a trail of men making appearances in her music videos, as well as in the tabloids.

I’d like to think its an end of an era. After all, the old Taylor is dead, and ever since reputation debuted, we haven’t seen many boys in her music videos. Just a lot of Taylors. Maybe she’s put the male models to rest and letting the songs speak for themselves about her current love story with British actor Joe Alwyn. In her second Delicate music video, she sings along to her lyrics alone, pointing to her necklace engraved with a “J”, a nod to her hunky boyfriend.

Where I’ve enjoyed seeing all these random boys in her music videos over the years, I’m definitely enjoying the new solo and confident Taylor just as much. I guess she’s tweaking her reputation.